My first month of my bankruptcy has flown by.  11 to go.  I have had a lot going on in my personal life to attend to, but not withstanding that, I thought I would write down a summary of what has happened purely on the financial affairs front for anyone in the future who searches like I did, for information on what happens during a UK bankruptcy.

Initially I took two months of thinking, questioning, expecting, researching, planning and considering the actual possibility.  The main question was ‘Is is right for me and my circumstances?’.  After visiting step change debt charity and the citizens advice bureau I mulled over the number of different options available to me.  These are things like :-

Ok, so the last two aren’t quite kosher, and I only actually considered one of those final two options as a Plan B, but the others above those two had to be looked into.  I did however, have another option.  I could have done nothing, let the red letters come rolling in and hoped for the best, I didn’t – I chose bankruptcy, very early on in my ‘debt cycle’.  What I mean by that is that I had not received a single demand, red letter and did not miss a single payment on anything I had as credit, prior to applying to the Insolvency Service.  I chose to apply for bankruptcy when I knew the first payments would be missed on the next collection, simply because I had absolutely no income and I had used all of my savings to keep me afloat for the previous 11 months.  I chose this option due to my personal circumstances.  I knew I was not going to receive any wages for at least a few months, and even if I took the first job offered, I would severely struggle to pay back everything on a much lower paid salary than what I had previously received.  The inevitability of my particular situation was such that I would start missing payments at the end of the next month.  I chose bankruptcy early rather than accepting all the demands, red letters, official warnings, defaults and having to write all the ‘I cannot pay you in full’ letters,  and the associated stress, anguish and pressure that then come from this awful situation.  Paying that money back on a much lower salary and trying to afford rent, food and bills, would only have spiralled into further debt and if you have read my blog called Trumpton dated 1st July 2017, you’ll know the secondary motive behind not falling into that particular trap.

I chose bankruptcy for my particular circumstances.  You must weigh up the best option for you.  Take advice, ask questions, write down the Pros and Cons, listen, research and once you are sure that there is nothing else to know – make your decision.

You have to prepare yourself.  I prepared another bank account, but expect that it will be temporarily de activated if your insolvency is authorised, so you will have to get written permission to re activate it.  (see my blog I’m just 1 point away from the meaning of Life, the Universe and Everything. to see how and why that happens).  Trust me, It’s easier to re activate an already open account, than to open a new account as a bankrupt person.  I drew out enough cash (weeks before) so I could at least live for a while.  I changed my mobile phone from contract to PAYG.  I got my brother to pay for my Spotify account from his bank account as music is a great source of inspiration for me, I didn’t want any chance of losing it.  I paid off some small debts so I wouldn’t have lots of creditors.  Technically this is illegal if you plan it, however for the purposes of this blog, I didn’t plan it, I just happened to pay a few things off prior to applying.  Read the rules and DO NOT fall foul.  Bankruptcy is one thing, fraud and a criminal record is an entirely new shit show.  I filled up the car with Go Go juice, dry cleaned my duvet, paid for a few minor things that I may need over the coming months and then made my decision.  My advice would be this, once you have decided to apply for bankruptcy, wait for one whole month before doing it.  In that month, ensure you do all the above and prepare for it as best you can.  You will think of new things every day that you can sort out prior to it being to late.  I would go onto Experian Credit search and have a look at my credit rating prior to applying for bankruptcy, but that is just so you can see the change later.   You will also need to locate the money for your application.  At the time I applied it was £680.  I paid for it on my credit card, we’ll say no more about that ….

Go online to the UK Government website and complete your application.  I can only say that you must be truthful with the form as you sign to say that you are liable to the law if you tell porky pies.  I spoke to a bankrupt person prior to completing my form (all part of my research) and that person told me that he wishes he had not been so honest.  The form will ask you about your assets, everything from businesses and houses to the cash in your pocket, lie at your peril as the Insolvency Service is not to be messed with.  Keep a copy of your application would be my advice.  Prior to starting the application, have ALL of your creditors details to hand.  You will need not only the exact amount you owe, but their mailing address and Email addresses of every single creditor too.  If you owe money to family, they will want to know this too, so be prepared for your particular situation.

You will be sent a pack of rules, regulations and ‘sign here’ sheets.  Ensure you read EVERYTHING, twice.  Ignorance is no defence against the law when the fraud squad turn up at your door, should you forget about your Grannies Ming dynasty vase she left you for safe keeping in 1998.

“Ignorance is no defence against the law when the fraud squad turn up at your door, should you forget about your Grannies Ming dynasty vase she left you for safe keeping in 1998”.

The next part was a surprise to me.  I expected the interview by telephone initially, but then I expected to go to court to have the insolvency authorised.  See my blogs I am not a number, I am a free …. ahh, hold on. and Shock win in the Eurovision song contest. for explanations of the court?/no court? situation.  For me it was simply an interview with my Insolvency Service appointed officer and she authorised the bankruptcy there and then.  Now I cannot say that will happen to you, only that it happened to me.  My case was very straight forward with very few assets of any interest to the Officer and an unusual set of circumstances that lead to the bankruptcy.   I was honest, up front and helpful with my Officer, I called her Ma’am at the beginning and at the end of the 30 minute interview and I answered everything she asked with accuracy and without hesitation.  Again, I had prepared for the interview and had re-read my initial application and knew all my numbers and figures off by heart.  I even owned up to dry cleaning my duvet, filling up the car and buying a few bulk toiletry items on my credit card prior to applying.  She was fine with that and she even made a small complimentary joke about my prior planning and preparation.

Besides from having to re contact the Officer again when my new bank account was suspended, Nothing much else has happened since then.   It was very straight forward, the Insolvency Officer was a delight to deal with and besides from a few points of administration with Spotify, PayPal and a new bank card for the ‘basic’ account I now hold, it’s all gone relatively smoothly.  Looking at my credit rating afterwards was quite harrowing, but nothing I didn’t expect.  The one thing I am acutely aware of is that I am sure the Service Officer will now keep a super close eye on ALL of my financial dealings.  It would be easy (for instance) to take some cash in hand work and pop it straight into your bank.  It would also be easy (for instance) to make an exuberant purchase on the bank card with a debit facility, knowing you could afford it because you had a hand full of cash that you did not declare to your Officer.  These are both easily forgotten about as the normality begins to return should you be stupid enough to do that of course.  Obviously, these are just made up examples to make the point that your account and your dealings will now be under close scrutiny until you are discharged from bankruptcy in 12 months time.  There are people that are stupid enough to lie or give false information to their Officer, and a quick search I did tonight revealed that the Officer in charge of your case can extend the bankruptcy time from minimum 1 year.  I saw one particular individual that had 11 years of bankruptcy ahead – followed by a further 5 years of it on her record !  It isn’t worth it kids, 1 year is quite enough thank you very much.

One thing to be aware of is that if you are earning a good salary in your bankruptcy period, the Insolvency Service can take money from you to pay your creditors.  They will of course allow you enough money for your housing, food and amenities, but anything over and above that, they can take.  For my particular circumstances, It would be easy now to take a job that pays enough to live (or just stay on Social Security payments) and to just ‘ride out’ the next 12 months.  So also think about what you’re going to do after the application has been accepted and authorised.  Busting your hump  doing lots of overtime only to have some of that money removed? Again, it will depend upon your particular situation. Any payments you now receive from a PPI claim, your dear Aunty Mables’ last Will and Testament, a lottery win, Tax rebate or winnings from a court case etc can and will also be taken.  I’m certainly not suggesting you should avoid earning to therefore avoid paying your creditors back, but simply pointing out that you should also look at what you do now the insolvency is in place.

Personally speaking – I’m regretting the fact that I didn’t carry out my plan B….  😉 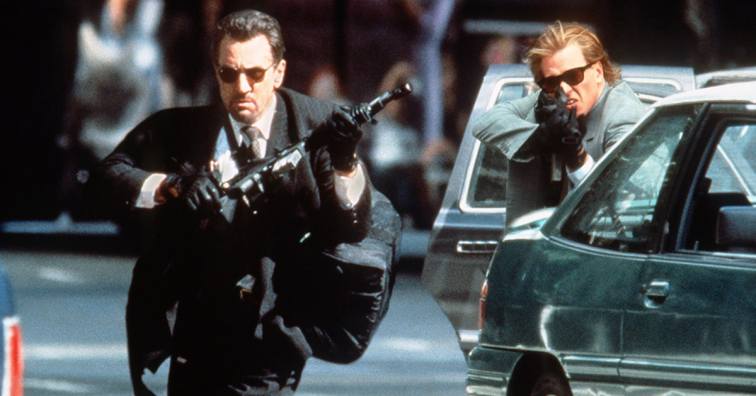