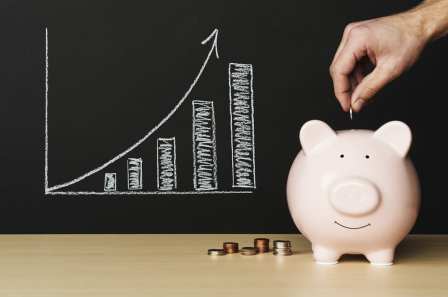 I had already drunk at least 10 cups of tea since waking up when the door bell finally rang.  I’d been waiting in all day, no text, no phone call, just a time slot on an email – 7am to 3pm – ‘YES! it’s here‘, I thought.  I was just as excited as when I received the call to inform me that my application, testing, interview and simulator check ride were all successful, and a start date was offered to me for my first job (and very first Airline job) in 2 years.  I danced around the kitchen like a schoolboy high on Sherbert Dib Dabs then made my way, like the consummate professional that I was pretending to be, toward the front door.  Eric and Steve were the delivery drivers and they were immaculately turned out and very polite indeed.  I was still high on Sherbet Dib Dabs but hiding it well.

Since selling up and leaving my home in August of 2016, I have lived on sofas, on floors, in back bedrooms and in my dads old car.  However, I was here now in mid 2019 in a lovely house just off the A5 in the Midlands, in what was only meant to be a one month stay to carry out some DIY and a bit of home security, in exchange for a roof over my head and an electric shower.  I arrived on that wet April morning at 0300 in 2018 simply for a month, but I’m still here today in June 2019, I’m earning money again and paying rent now to my fantastic friends Stuart and Lisa.

I collected my first wage slip in late 2018, a few months after my bankruptcy had ended,  and since my last one was in mid 2016, it felt good to be earning, and boy was I earning it.  Put simply – I am as thick as a whale omelette, I’m not bright at all, ‘thick as a brick‘ as my Dad would say, but I do have a genetically pre programmed, therefore I take no praise for it, ability to put 100% effort into anything I turn my hand to.  This internal company training course was extremely demanding indeed.  On the outside, it’s a great trait to have, but from the opposing viewpoint, it means I can and will prioritise and put other less important things to one side.  While I worked a full time 48 hour a week job from 2013 to 2016, I self studied in my own time for the ground exams for the issue of a Commercial Pilots Licence, studying at the higher level of Air Transport Pilots Licence.  I devoted day after day, night after night in my small office in my beautiful riverside flat, to study and exam preparation, and excluded, ignored and pretty much shunned My Ex while I did so.  My aim was to be an Airline Pilot and quite literally nothing else was as important.  Dealing with all the administration from the passing of Mum and Dad in 2015 took the number two slot, and being wrongly accused of something that carried up to 10 years (two charges, so actually 20 years) in prison in 2016 taking the number three slot, left me with absolutely no mental room or actual physical time for anything else, and on November the 8th 2016, “she” walked out.

I passed those exams, every one of the 14 in first time sittings, and 13 out of 14 were 90%+ marks.  I completed all of the administration for Mum and Dad with forensic precision and ensured that the lack of a Will, and a severe professional error by the Doctor who carried out the Post-mortem on my Dad (leading to a court appearance), did not hinder any of the children involved.  I proved myself innocent, and ruined the detective who interviewed me with facts that he had not even had the brainpower to look at, then  received a full apology, and a letter from my professional licensing Authority confirming I had done nothing wrong and could return to work as if nothing had happened .  So, yes my wage slip was earned as I had committed to proving I could do this, with everything else going on, but to the detriment of a relationship.

I’ve been in Stuart and Lisas house now with no furniture, no bed, no TV and no fridge, but I do have some plates that Stuart kindly left behind with a toaster and second hand kettle which had a broken lid.  I had packed a small box back in 2016 when I left my flat, it was a start again box with a few cups from the Army, some bright orange chefs scissors, a couple of knives, forks and spoons, a tin opener and strangely a plastic jug and funnel set – I do not remember why I packed those. Once again priorities mattered.  My first wage slips went straight to my friends who bailed me out with money and once they were sorted, I started back paying Stuart and Lisa for allowing me to squat in their home rent free for 4 months.  I was comfy on my futon mattress and in my sleeping bag on the floor, just like I’d used in the car.  I was clean, warm, I had my study manuals and text books and clothes in boxes and bags around me in the front room, and my wash bag and one towel in the upstairs shower, what else did I need right now?  Nothing.  The first 9 months of staying here, I lived like this, on the empty floor of the front room, encircled by my boxes and bags, once again prioritising what I had to do next.

Well I did all of this in the 9 months I have been here.  I owe nothing to anybody and I have my job that I have worked so hard to get from a shitty set of circumstances.  So whats next?  I’ll tell you whats next, I am going to spend some money on me this month (month 10 of my new job).  I still don’t need a bed or a settee.  I don’t need a kitchen table or chairs and I don’t need a microwave yet either.

I stood back from the front door in absolute excitement as Eric and Steve navigated the wooden frames of it, waddled slowly backward down the bare hallway and into the empty, lifeless kitchen.  “Sign here please Sir“, said Eric after politely refusing a Tea or a Coffee, “You can leave us a review if you would, it really helps our business“, he continued.  “No worries Boys, thank you, I will“,  I said with massive secret excitement.  The unpacking started immediately after kicking Eric and his (drivers) mate out of the door, I was like a child at Christmas.  There was plastic wrap, and a sea of broken white polystyrene baubles all over the kitchen floor as my mums scissors made short work of it all.

Since August of 2016 I have been washing all of my clothes and sleeping bag at local laundrettes or kindly at friends houses while staying with them.  For the last 9 months, twice a week, I’ve chatted with Jane who works in the laundrette across town, but I won’t be seeing her again.  At the very end of my first machine wash, my new Samsung Eco Bubble washing machine played me a little tune – I’m as happy as I have been in a long time and it’s all down to working for, purchasing and owning a singing washing machine.