I have just been given £100 cash for helping a friend with a driving job.  That’s two weeks living money right there.  Thank you Gav !  As I now have no outgoings, money should last a little longer.  I’m sat in a hotel lobby in the British horse racing town of Newmarket.  I have free WIFI and a cup of tea, although it is not on my favourite top 3 teas list, it will do for the next few hours while I blog and prepare an entire Northern Canadian forest worth of Emails and documents for my Barrister to read in the next few days.   I say “My Barrister” like I am some kind of ‘Don’t you know who I am?  You’ll be hearing from my Barrister about this!’ type of person, but that is most definitely not the way it is.

‘My Barrister’ is a gentleman that guided and advised me last year when my downfall began.  Not only is he a Barrister but he is also qualified in my particular field of expertise too.  It took me a long time to find him last year, I can tell you.  He saw straight away what I was saying, agreed, backed and fought along side me against a particular government department … and we won.

There was no question, no comeback and not a single professional finding by that department.  “Thanks for coming to see us Mr D*****, no problems at all from us, enjoy your day”, they said at the final ‘washup meeting’ some 5 months after the official ‘under caution’ interview.  Enjoy my day?  You have just taken 9 months to come up with the fact that I am totally clear and not in anyway in the wrong for the events of last year…. and you want me to enjoy my day?  I have had my licence revoked rendering me unable to work, had a mental breakdown, lost my home, lost my partner, had to sell all my personal belongings for cash, had to attend psychiatric appointments,  spent all of my life savings trying to stay afloat with no income and had to pay nearly £3000 for the help of a Barrister – for you to take 9 months to then agree that I had done nothing at all wrong?  I’ll just go back to work then ok? – Ahh, can’t do that either because of being accused by my former employer of two criminal charges and gross misconduct x 2.  My former employer, due to their lack of professional and technical understanding, and knowledge of a work related manual, had given the government department, and the Police all the wrong information and documentation some months earlier before the official police ‘under caution’ interview took place.  So, this is why the investigation went on so long….

Sliding a terrible, off centre photocopy of a single page of a work related manual that I knew extremely well, across the desk at me like in some Hollywood film where the cop pushes the photo of a deceased person toward a murder suspect in order to make them break or falter, the investigator started his questioning.   “Wouldn’t you agree that you have …………?”,  was his first question shortly after pushing the huge bright red, angular RECORD button on the device sat to his right hand side, and then reading me the official Police caution, reminding me that anything I do say may be given in evidence against me.  I’ve always wondered why it can’t be used in evidence ‘for’ me.

“No”.  My answer was literally that and it came while looking at him directly in the eye.

“No”.  My second response was as identical in speed, tone and volume as the first, my thousand yard stare did not leave his right eyeball.

He tried the same question for the third time, this time wording it slightly differently.  The two letter word much loved and used by insubordinate toddlers, left my lips as it had done twice before.

“But you were ……… and the evidence shows you to be …….., so surely you must agree that….”  This time I cut him off mid sentence.  Pointing at the bad photocopy in front of him to which he kept referring to in his repeated question, I interjected “They are the wrong operational limits”.

I asked him when he last drove a marked police car.  He was taken slightly off guard by the question but eventually answered that it was some years ago.

“Can you go through red traffic lights or a STOP sign?” I asked him.  The answer he gave me was perfect for where I was steering the conversation.  “So provided you are on ‘Blues and Twos’,” I added, “and on an official, recorded police operational task, then you can actually have an exemption to the law, for instance to go through a red traffic light?”.  “Yes of course, if it’s an operational task” he replied.  My Barrister shifted comfortably in his seat just inches to my right shoulder.

I pulled from my documentation wallet, kept neat, stapled and highlighted the correct reference and document from the correct part of the manual that I was working under.  I read him the correct section, paragraph and rules, then passed him the relevant section to the correct part of the manual to view for himself.  He now knew why he was looking at the incorrect set of limits.  He knew my particular task was indeed subject to a particular exemption by law, and by describing it in his own language of his Police Officer background, he now understood.  There were two sets of limits.  One operational and one non operational.

The interview lasted about an hour as he went through his scripted, unchangeable, practiced and prepared questions written on his WH Smith A4 notepad, exactly as taught  in the ‘White Notes’ at police Basic Interview Technique lessons.  It lasted an hour but it was over within the first two minutes after his forth attempt at that very first question, and all 3 of us in that interview room knew it.   Sitting in a Police interview and answering the investigators very first question and having to explain to him and show him that he is reading from the wrong set of rules, and, has based the two criminal charges laid at my feet on the incorrect set of rules, is not only liberating but also quite embarrassing, mainly for him.

A tear swelled in my eye and a lump grew in my angry, dry throat once I was clear of the final ‘washup meeting’ offices, some 5 months after that ‘under caution’ interview.  My Barrister took me to his Central London Chambers, bought me a sandwich and fed me tea until the shaking in my hands and voice had ceased.  9 months of sheer Hell over.  Now … I need to go and complete that new professional qualification I have been working so hard on for over 4 years, and move on.  The future lays ahead.  I should have it all done by June with some hard work and the last of my savings.  I haven’t seen that Barrister since March 2017.

Well, the Barrister will once again be receiving another instruction from me tomorrow afternoon because that same government department are now questioning their own wording of their own document which incidentally, they wrote to me about and clarified, last year.  My application for my new professional licence has been refused due to a single word on a single page of a document.  I’m stuck AGAIN dealing with faceless, soulless, Emailless, phone numberless people who hide behind G4S at the desk and generic emails and the main desk phone number.  The big difference is – this time, because of my former employer … I’m bankrupt, so how the hell am I going to do this?  Last year I had a few quid in the bank, but now, I’m penniless.

This is going to be one of the huge downsides to bankruptcy.  With no money, I cannot even defend myself against massive wrong doings.  If I was rich, I could go for it, but I’m not.

So, here is another down side to bankruptcy that I had not seen or indeed expected.  The new qualification and licence that I have worked so hard for, for over 4 years is now in dispute because of a word on a piece of paper, and I cannot fight them properly for it.  Lets hope my Barrister trusts me enough to help and accept payment later.  Why am I bothered and having to fight about a single word on that document?  Because that single word means that I will have to find a further £7-10 thousand pounds and a further month or two of ‘experience’ before I can reapply for the licence, which I have already completed verbatim.  Of course, now that I’m bankrupt, (two months after completing the licence) There is no way I could carry out the extra work that they now have invented by interpreting a word.

Think of it like this – If out of the many criteria one of them for a particular qualification was this, laid down in the official government document:

I am keeping my depression and my anger at bay by running.  I think by this time next week, I’ll have to tighten my belt by another notch.  Worry, depression, anxiety and many miles a day can do that to a person.  As I have said before, I am a do’er, I do.  I now have to enter into legal letter writing and more time where I cannot work.  I am not happy.  After passing the Qualification, the weight of money worries was lifted by bankruptcy,  I really thought I could start afresh.  No.  The world around me has other plans.  In a Paddy McGuinness style catchphrase from his Z grade dating show … No Licence – No worky,  No worky – no money.  I signed on at the dole office for Job Seekers Allowance for the first time in my life at the age of 45, just 30 minutes ago.  I’m not entitled to any housing benefit because my friend Mark has allowed me to sleep on his fold out bed at his place.  This country disgusts me.

I signed on at the dole office for Job Seekers Allowance for the first time in my life at the age of 45, just 30 minutes ago.

I’m spending the weekend ‘minding’ my friends North London Pub for him while he is away from home and I’ll be helping out behind the bar as they will be short staffed with his absence.  I can’t wait to see a certain little smiling face tomorrow evening – his beautiful baby daughter.  There are always positives to any situation.  The difficult bit is trying to see past the blinding bullshit and constant ‘one after the other’ problems that just keep piling up.  Who was I in a former life –  Adolf?  Pol?  Attila?  Vlad?  His pub is not called ‘The Black Dog’, but that is what I am feeling again right now.  I know my little Brother suffers from it too and that also brings me down further.

My Brother has just rescued a dog,  I’ve asked him not to call it Lucky. 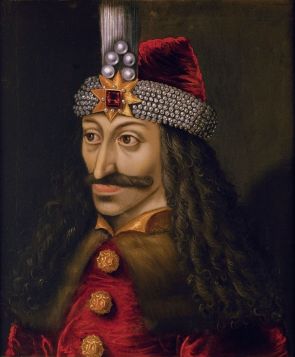 One thought on “My Brothers new dog.”