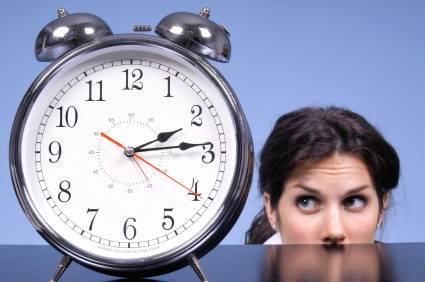 Nothing much has happened today, and that is a problem.  Some people love it when nothing much happens, some people like that kind of thing – I don’t.  I’m a ‘do’er’ and rather like a Tiger endlessly pacing up and down it’s minimum recommended 300 square foot, steel and concrete reinforced compound, I am pacing mentally around the confines of my own grey matter, unable to ‘do’ anything about the situation which has been taken from my control and that is stopping me progressing in my plan.  I’ll be pacing physically later, because if I don’t go out for a 10 mile run, and feel the burning sensation of laboured breathing in my lungs and throat before the end of play today, I will, like that Tiger tragically did only a few weeks ago in a Cambridgeshire wildlife park, break my programming, return to a state of raw animal emotion and instinct, and snap.

I have learnt to ‘hear’ when my body is ready to snap over the past two years.  I can physically feel a build up of what I can only describe as a bitter chemical, rising in my endocrine system.  I have had diarrhoea pretty much two and three times a day, every day since July 2016 and I know this particular chemical is the cause of it.  My body can get rid of it, and I am sure that is what it is doing with my overly majestic bowel functions.  It can only eject so much of it though.  Like a float gauge in a septic tank, my body now clearly warns me when the chemical is ready to overflow.

My hands are shaking and my coordination is not as sharp as it usually is.  I’m fidgeting and finding it hard to concentrate on the task ahead, which is simply to write multiple letters of complaint to the Government run department that have hampered my life for almost 2 years.  2 years that I cannot replace, ever.   I have been waiting on this singular occasion, (this is the third occasion with this department) for 2 months since completing a higher level course of education and training to enable me to create the, as I like to call it, ‘Last evolution of Rhys’, in that it is my last career change that will see me to retirement.

“I’ll be pacing physically later, because if I don’t go out for a 10 mile run, and feel the burning sensation of laboured breathing in my lungs and throat before the end of play today, I will, like that Tiger tragically did only a few weeks ago in a Cambridgeshire wildlife park, break my programming, return to a state of raw animal emotion and instinct and snap”

I’m waiting for a licence to be issued that I applied for on May the 10th 2017.  “about a two week turnaround”, said the desk clerk after I had laboriously and meticulously completed and compiled all the required documented evidence for the issue of the particular piece of paper.  Fully completed, signed, authorised, colour copies of all the original evidence of training (with originals to view), the relevant exam pass certificates, test pass certificates, examiner reports and training organisation reports and as Trevor McDonald is famed for saying …And Finally, a letter from that particular department themselves stating the requirements I had to achieve in order for the licence to be issued.     All present, correct, stapled, neat and like a section of Men from the Scots Guards standing outside Buckingham Palace, in order, erect and square to the front !  I could have posted it, but no, I presented it.

“I can wait two weeks” I thought to myself as I handed in my security pass to the G4S officer on the way out.  “I’ve waited and worked for 4 plus years, what’s two weeks in the grand scheme of things?” I mused as I climbed in to the car for the 2 hour drive home.  “By the time I get back from Cambridge (on yet another course that is required after the issue of your licence), It will be on the door mat at my ‘Care of’ address, and I can start applying for jobs and make my way in the world once again” I muttered to myself, as I disappeared down underneath the container ships and rubbish barges of the River Thames at Dartford.

It is now early July and I’m sat in my pyjamas again, drinking monkey tea, with nothing but three emails and half a dozen phone calls between me and them.  Their emails are all hidden behind a generic ‘enquires@’, even though three different people have contacted me so far.  It’s been two weeks exactly with no contact from them and 7 days since the date of the last promised contact.  I have no licence still, cannot apply for work and they are refusing to issue my licence on the grounds that one of their own documents “means” something else.  The document clearly states what is required and I have it in writing from this department that, that is exactly what it means – like I said in earlier blogs, I’m a bit of a perfectionist and I like things in order, so I wrote to them in April 2017 to clarify EXACTLY what that wording meant.  It means what it says, to the letter, but they are now saying it “means” something else.  So, they’re basically interpreting an official document, even though they have already confirmed in writing that it means what it says.  “It’s with the Policy Department, we will contact you again with a result on Wednesday the 28th June 2017″, said their last communication.

I’m going for a run now to try to stem and dump the particular chemical flow that is being produced from the medulla within my adrenal glands.  I’m then going to shower, change and start on my second written piece of the day.